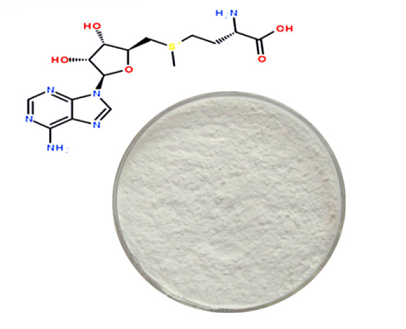 Safety and Side Effects

Information on the long-term safety of S-Adenosyl-L-methionine is limited because the participants in most studies took it only for short periods of time. However, in one study of alcohol-related liver disease, participants took S-Adenosyl-L-methionine for 2 years; in that study, no serious side effects were reported.
People with bipolar disorder (an illness characterized by mood swings, from depression to mania) should not take SAMe for their depressive symptoms except under the supervision of a health care provider because SAMe may worsen symptoms of mania.
Although S-Adenosyl-L-methionine has been used to treat cholestasis during pregnancy, its safety during pregnancy has not been established.
SAMe may decrease the effects of levodopa (L-dopa), a drug used to treat Parkinson’s disease. It’s also possible that SAMe might interact with drugs and dietary supplements that increase levels of serotonin (a chemical produced by nerve cells), such as antidepressants, L-tryptophan, and St. John’s wort.
There’s a theoretical concern about the use of SAMe by people who are immunocompromised (such as those who are HIV-positive). Immunocompromised people are at risk for Pneumocystis carinii infection, and SAMe enhances the growth of this microorganism.
Side effects of SAMe are uncommon, and when they do occur they are usually minor problems such as nausea or digestive upsets.

SAM-e is found in all living cells and is a precursor in some amino acids.