Stability
Stable, but hygroscopic. Hydrolyzes in the presence of water to form hydrofluoric acid, which attacks glass - do not store in glass bottles. Incompatible with aqueous solutions, strong acids, strong oxidizing agents.

Lithium Fluoride (LiF) has the lowest refractive index of all common infrared materials. It possesses the highest UV transmission of any material, being able to transmit significantly into the VUV region at the hydrogen Lyman-alpha line (121nm). Lithium fluoride can be applied in rechargeable Li batteries, in radiation dosimeter for personnel monitoring as well as radiation research, as an optical material, as a heat sink material, to produce ceramics, and to dissolve fluid fuel for molten salt reactors. 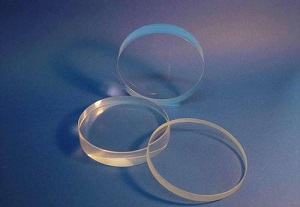 Lithium Fluoride (LiF)  is a water insoluble Lithium source for use in oxygen-sensitive applications, such as metal production. It is most widely used as a flux in the production of ceramics, such as enamels, glasses and glazes. Similarly it is also used in brazing and welding fluxes and molten salt chemistry in metallurgy.
Lithium fluoride is also used for:

lithium fluoride is a strong irritant to the eyes and skin; potassium bromide is toxic by ingestion and inhalation; sodium chloride is table salt, a medical concern when ingested in excess, but certainly of no significant hazard to emergency responders.

Lithium fluoride is widely used in many fields. It is used in the soldering progress for glass lining as a cosolvent. It finds application as an additive of aluminum electrolysis and rare earth electrolysis as a crystal in X-ray spectrometry. It is also used in specialized UV optics due to its large band gap and transparency to short wave length ultraviolet radiation. It is involved to record ionizing radiation exposure from gamma rays, beta particles and neutrons in thermoluminescent dosimeters. In nuclear reactors, lithium fluoride is mixed with beryllium fluoride to form a base solvent, which is used in molten-salt reactor experiment (MSRE). Additionally, it is useful as a coupling layer to enhance electron injection in polymer light-emitting diodes (PLED) and organic light-emitting diode (OLED).

As flux for soldering and welding aluminum, in the manufacture of vitreous enamels and glazes. Lithium fluoride prisms are used in infrared spectrophotometers.

The important uses of lithium fluoride are as flux in glasses, vitreous enamels and glazes; in soldering and welding aluminum; and its prisms in infrared spectrophotometers. The compound also is used for storing solar energy.

Poison by ingestion and subcutaneous routes. When heated to decomposition it emits toxic fumes of F-. Used as a flux in enamels, glasses, glazes, and weldmg. See also FLUORIDES and LITHIUM COMPOUNDS.

Possible impurities are LiCO3, H2O and HF. These can be removed by calcining it at red heat, then pulverizing it with a Pt pestle and storing it in a paraffin bottle. Its solubility in H2O is 0.27% at 18o. It volatilises between 1100-1200o. [Kwasnik in Handbook of Preparative Inorganic Chemistry (Ed. Brauer) Academic Press Vol I p 235 1963].