Sodium hyaluronate is also called Hyaluronic acid sodium, is physiological active substances, which is widely exists in the human body. It is high molecular weignt straight-chain mucopolysaccharides, which is composed of glucuronic acid and acetyl amino hexose polymerizatio. its molecular weight is 1 million. In water, It can form a thick viscoelastic solution, has the physiological ph and ionic strength. The molecular configuration is variable, so also can be done with a fine needle. Sodium hyaluronate won't produce inflammatory substances , called Healon. The 10 mg dissolved in 1 ml saline solution, its thick viscosity is 200000 times higher than aqueous humor or saline water. Healon protein content is less than 0.5%, and a sterile solution with high purity. 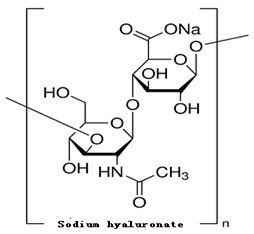 Figure 1 The structure of Sodium hyaluronate

Hyaluronic acid sodium is a class of the non-drug neutral medium. Sodium hyaluronate injection is colorless transparent viscous liquid. Sodium hyaluronate is the main component of synovial joints , one of the components of cartilage matrix,and plays a role of lubrication in articular cavity, can reduce friction between organization, can play a role of the elastic at the same time and act the buffer effect of stress on articular cartilage, has their physiological function. High molecular weight, high concentration and high polymer viscoelasticity of sodium hyaluronate can significantly improve the joint inflammatory reaction, strengthen the function of joint fluid sticky and lubrication, protect the articular cartilage, promote the healing and regeneration of the articular cartilage, relieve pain, and increase the motion of Joint. The common dosage of sodium hyaluronate is: the jaw joints with 1 ml (10 mg), shoulder joint in 2 ml (20 mg), hip and knee with 2.5 ml (25 mg). It is mainly used in the treatment of degenerative osteoarthritis, traumatic arthritis, chronic rheumatic or rheumatoid arthritis, temporal jaw arthritis, femoral head aseptic necrosis.

Sodium hyaluronate has the effect of promotinig wound healing. Sodium hyaluronate can form a macromolecular network barrier on the surface of eye tissue, preventing inflammatory content into the wound and lesion area, and can obviously increase the viscosity of liquids and adhesion, make the drug reserved and concentrated on the surface of the cornea for a long time, achieving long-term, powerful function. Sodium hyaluronate can stabilize tear film, prolong tear film broken, alleviate symptoms of dry eye. It is used for keratitis, corneal ulcer, the cornea injury caused by physical factors or other chemical burns.

(1)It can protect corneal endothelial in surgery, epithelium, iris and retina.
(2)It can be instead of aqueous humor without loss, so it can keep the depth of anterior chamber during the surgery.
(3)It is injected into glass cavity ,helping to reset the retina because of oppression.
(4)It can enter the conjunctiva under the pillow to keep filter pillow uplift in glaucoma surgery.
(5) It can help to reduce the adhesion for separation tissue surface.

Sodium hyaluronate is a component of the aqueous humor and vitreous body. When injected into anterior chamber or vitreous cavity, it can make a temporary increase in the concentration in every parts. In the anterior chamber, Healon gradually dilute by newborn aqueous humor and is discharged through the corner sclera sinus; Injected Healon into the vitreous cavity and again dilute aqueous humor then seep out . The monkey eyes experiment shows that Healon disappear entirely after 60~70 d in vitreous cavity. In the process, the concentration of Healon gradually weakened and its molecular remains the same. Healon injection into Monkey’s anterior chamber disappeared within 1 weeks. Clinical observation is similar to that of human eye.

Used in the surgeries such as intraocular lens, cataracts, glaucoma, corneal transplantation and retinal detachment .

1.Topical (eye drop) can sometimes have a thrill, foreign body sensation, itching, reddening, diffuse surface keratitis, etc. After eye surgery, this drug with blood or residual crystals mixing in the eye , can delay absorption and inflammation, and short elevated intraocular pressure. Local injection can have a sexual pain swelling or fever. Possible allergies are: sometimes may be blepharitis, eyelid skin inflammation, individual patients can also be a skin rash, itching, rare shock, urticaria, etc.
2. [contraindications]Allergies to this medicine , venous and lymphatic return leg disorders, patients with knee infection or inflammation, Articular cavity infection of acute phase to disable the articular cavity injection. To diabetic patients with no crystal, tis ban to the use of this drug in large quantities in surgery.
3. Caution:Allergies to the drugs, liver dysfunction or a history of liver function obstacle, the elderly, children, pregnancy, nursing mothers.
4. The use of this drug in the operation should be avoiding excessive packing. After the surgery with a balanced salt solution according to the need to remove residual liquid, this can control the intraocular pressure in case of elevated intraocular pressure.
5. When used in osseous arthritis, It can be combined with prednisone dragon. This can relieve pain, and recover joint function.
6. When it used in eye surgery, we should be closely monitoring intraoperative and postoperative intraocular pressure.
About the information about the physical and chemical properties pharmacological action, pharmacokinetics, clinical application usage and dosage of sodium hyaluronate in ophthalmology by chemcialbook editor yaoyao(2015-09-24).

The PhEur 6.3 describes sodium hyaluronate as the sodium salt of hyaluronic acid, a glycosaminoglycan consisting of D-glucuronic acid and N-acetyl-D-glucosamine disaccharide units. Sodium hyaluronate occurs as white to off-white powder or granules. It is very hygroscopic.

suitable as substrate for hyaluronidase

Sodium Hyaluronic is is an anionic, nonsulfated glycosaminoglycan distributed widely throughout connective, epithelial, and neural tissues.

sodium hyaluronate is used as a humectant to increase moisture in the skin, it may also serve as an emulsifier. Sodium hyaluronate is capable of binding 1,800 times its own weight in water. It is the sodium salt of hyaluronic acid and is the most commonly used form.

Sodium hyaluronate occurs naturally in vitreous humor, serum, chicken combs, shark skin, and whale cartilage; it is usually extracted and purified from chicken combs. It may also be manufactured by fermentation of selected Streptococcus zooepidemicus bacterial strains; sodium hyaluronate is removed from the fermentation medium by filtration and purified by ultrafiltration. It is then precipitated with an organic solvent and dried.

Sodium hyaluronate is the predominant form of hyaluronic acid at physiological pH. The name hyaluronan is used when the polysaccharide is mentioned in general terms, and in the literature the terms hyaluronic acid and sodium hyaluronate are used interchangeably.
Hyaluronan is used therapeutically to treat osteoarthritis in the knee, and is an effective treatment for arthritic pain. Crosslinked hyaluronan gels are used as drug delivery systems.
Hyaluronan is the most common negatively charged glycosaminoglycan in the human vitreous humor, and is known to interact with polymeric and liposomal DNA complexes, where hyaluronan solutions have been shown to decrease the cellular uptake of complexes.(4) This is useful for enhancing the availability and retention time of drugs administered to the eye. It is immunoneutral, which makes it useful for the attachment of biomaterials for use in tissue engineering and drug delivery systems; it also has important applications in the fields of vascosurgery and vascosupplementation.

Sodium hyaluronate is used in cosmetics and in topical, parenteral, and ophthalmic pharmaceutical formulations. It is generally regarded as a relatively nontoxic and nonirritant material. Sodium hyaluronate has been reported to be an experimental teratogen.
LD50 (mouse, IP): 1.5 g/kg
LD50 (rabbit, IP): 1.82 g/kg
LD50 (rat, IP): 1.77 g/kg

Sodium hyaluronate should be stored in a cool, dry place in tightly sealed containers. The powder is stable for 3 years if stored in unopened containers.