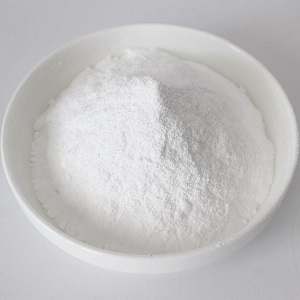 Sodium carbonate is a white, crystalline and hygroscopic powder with a purity of > 98 %. There are two forms of sodium carbonate available, light soda and dense soda. Impurities of sodium carbonate may include water (< 1.5 %), sodium chloride (< 0.5 %), sulphate (< 0.1 %), calcium (< 0.1 %), magnesium (< 0.1 %) and iron (< 0.004 %). The purity and the impurity profile depends on the composition of the raw materials, the production process and the intended use of the product. For example the purity of the pharmaceutical grade must be higher than 99.5 % in Europe.
Sodium carbonate is a strong alkaline compound with a pH of 11.6 for a 0.1M aqueous solution (The Merck Index, 1983; Johnson and Swanson, 1987). The pKa of CO3 2- is 10.33, which means that at a pH of 10.33 both carbonate and bicarbonate are present in equal amounts.

Sodium carbonate is a kind of important raw material for chemical industry with wide application. It is the important raw material for making glass, soaps, detergents, textiles, leather, spices, dyes, medicines, etc.
It can be used for analysis reagents and also used for the pharmaceutical industry and photoengraving.
It is widely used in glass, chemicals, paper making, metallurgy, pharmaceutical, and textile as well as food industries.
It is TV dedicated reagent.
It can be used for the food industry as the neutralizing agent, leavening agents such as for the manufacture of amino acids, soy sauce and pasta such as bread, bread and so on. It can also be prepared to dubbed alkaline and add into pasta to increase the flexibility and ductility.
As the detergent, it can be used for wool rinse. It can also be applied to bath salts and pharmaceutical use and also be used as the alkali agent of tanning.
Sodium carbonate is most used in industry with a small part using by the civilian. In the soda ash of industry purpose, it is mainly applied to light industry, building materials and chemical industry, accounting for about 2/3: followed by metallurgy, textiles, petroleum, defense, and pharmaceutical. The glass industry is the largest soda consumer sector with each ton of glass consuming 0.2 ton of soda ash. In the chemical industry, it can be used for manufacturing of sodium silicate, sodium dichromate, sodium nitrate, sodium fluoride, baking soda, borax, and trisodium phosphate. In the metallurgical industry, it is mainly used for fluxing agent, mineral flotation agent, and desulfurization agent for steel and antimony. It can also be used as water softener in printing and dyeing industry. In tanning industry, it can be used for the degreasing of raw hides, neutralizing chrome tanned leather and improving the alkalinity of the chrome liquid. It is also used in the production of synthetic detergent additive sodium tripolyphosphate and other sodium salt.
It can be used as a buffer, neutralizing agent and dough conditioner. It can be used in cakes and pastas. Make appropriate use it according to actual requirement of production.
It is mainly applied to float glass, funnels, optical glass. It can also be used in other sectors of chemical industry and metallurgy industry. It can reduce the flying the alkali dust through application of heavy soda ash, and thus reducing the material consumption, improving the working conditions as well as improving product quality while reducing its erosion on the refractory material to extend the life of the furnace.
It is a kind of basic chemical raw material which is widely used in medicine, paper making, metallurgy, glass, textiles, dyes and other industries and can be used as a leavening agent in food industry.
It can be used as analytical reagents, dehydrating agent, and battery additives.

ADI (acceptable daily intake) make no restrictions (FAO/WHO in 1985). LD50 (median lethal dose) is about 6 g/kg (mice-oral).
Soda ash dust has irritation effects on the skin, respiratory and eyes. Long-term exposure to soda solution may cause eczema and dermatitis. Its concentrated solutions can cause burns, necrosis, and even corneal opacity. The maximal allowable concentration of soda ash dust in the air is 2 mg/m3. The operators should wear overalls, door cover, gloves, boots and other protective clothing to protect the respiratory system and skin.

Sodium carbonate at present is mostly mined from its natural deposits. It also is manufactured syntheticallly by Solvay (or ammonia-soda) process. The natural production of sodium carbonate currently has supassed its synthetic production.
The Solvay process involves a series of partial reactions. The first step is calcination of calcium carbonate to form lime and CO2. Lime is converted to calcium hydroxide. The most crucial step of the process involves reacting brine solution with carbon dioxide and ammonia to produce sodium bicarbonate and ammonium chloride. Sodium bicarbonate converts to sodium carbonate. The calcium hydroxide and ammonium chloride react to form calcium chloride as the by-product. The partial reactions are shown below:
CaCO3 → CaO + CO2
CaO + H2O → Ca(OH)2
2NaCl + 2CO2 + 2NH3 + 2H2O → 2NaHCO3 + 2NH4Cl
2NaHCO3 → Na2CO3 + H2O + CO2
Ca(OH)2 + 2NH4Cl → CaCl2 + 2NH3 + 2H2O
The overall reaction:
CaCO3 + 2NaCl → Na2CO3 + CaCl2
Sodium carbonate was made historically by the Leblanc process. The first commercial production was carried out by the Leblanc process. In this process, sodium chloride was treated with sulfuric acid to produce sodium sulfate and hydrochloric acid. Heating the sodium sulfate with coal and limestone produced a “black ash” that contained sodium carbonate, calcium sulfide, unreacted coal, and calcium carbonate. Sodium carbonate was separated from the black ash by leaching with water. The overall reaction is as follows:
Na2SO4 + 2C + CaCO3 → Na2CO3 + CaS + 2CO2

Sodium carbonate is known as soda ash or washing soda and is a heavily used inorganic compound. Approximately 45 million tons of soda ash are produced globally both naturally and synthetically. Soda ash is obtained naturally primarily from the mineral trona, but it can also be obtained from nahcolite (NaHCO3) and salt brine deposits. Trona is a freshwater sodium carbonate-bicarbonate evaporite, with the formula Na3CO3HCO3 .2H2O. The largest known deposit of trona is located in the Green River area of Wyoming, and other large deposits are found in Egypt’s Nile Valley and California’s Searles basin around the city of Trona. Soda ash is produced from mined trona by crushing and screening the ore and then heating it. Th is produces a soda ash mixed with impurities. Pure soda ash is obtained by dissolving the product and precipitating impurities combined with filtering processes.

Sodium carbonate, Na2C03, also known as soda or soda ash,is the most important of the industrial alkalis. It is a white or grayish-white, lumpy, water-soluble powder that loses its water of crystallization when heated. It decomposes at a temperature of about 852°C (1560°F). It exists in solution only. It is prepared by the combination of carbon dioxide and water.

Ash is a tree found in regions of North America

Sodium carbonate, Na2CO3, has been used historically for making glass, soap, and gunpowder. Along with potassium carbonate, known as potash, sodium carbonate was the basis of the alkali industry, which was one of the first major chemical industries. Throughout history, alkalis were obtained from natural sources. Soda ash was also produced by burning wood and leaching the ashes with water to obtain a solution that yielded soda ash when the water was boiled off. The name soda ash originates from the barilla plant, which was used to produce soda ash. The scientific name of this plant is Salsola soda, but it goes by the common names of sodawort or glasswort because the soda produced from it was used in making glass. Barilla is a common plant found in saline waters along the Mediterranean Sea in Spain and Italy. Barilla was dried and burned to produce soda ash. The depletion of European forests and international disputes made the availability of alkali salts increasingly uncertain during the latter part of the 18th century. LeBlanc proposed a procedure in 1783, and a plant based on LeBlanc’s method was opened in 1791. Unfortunately, LeBlanc’s association with French Royalty led to the confi scation of the plant at the time of the French Revolution. Furthermore, confl icting claims for LeBlanc’s method were made by several other chemists and he never received the reward.

Soda ash is used in glass making, in production of sodium chemicals (such as sodium chromates, phosphates, and silicates), in the wood pulp industry, in production of soaps and detergents, in oil refining, in water softening, and in refining of nonferrous metals. In its hydrous crystallized form (Na2C03.10H2O), it is known as sal soda,washing soda,or soda crystals, not to be confused with baking soda,which is sodium hydrogen carbonate or sodium bicarbonate (NaHC03). Its monohydrate form(Na2C03·H20) is the standard compound for scouring solutions.
When in solution, sodium carbonate creates less alkalinity than the hydroxides. A 0.1% solution creates a pH of 11;a fully saturated solution is 35%, which has a pH of 12.5.
The safety requirements for sodium carbonate, because of its lower alkalinity, can be considered less demanding than those for the related bicarbonates.

Sodium carbonate is also known as washing soda or carbonate of soda, sodium carbonate is a white crystal or powder made by converting salt into sodium sulfate, which was followed by roasting with limestone and coal. It is soluble in water and glycerin but not alcohol. Sodium carbonate was used as a pH modifier in toning baths and as the primary alkali in developers used for gelatin emulsions.

Sodium Carbonate is an alkali that exists as crystals or crystalline powder and is readily soluble in water. it has numerous functions: an antioxidant, a curing and pickling agent, a flavoring agent, a processing aid, a sequestrant, and an agent for ph control. it is used in instant soups to neutralize acidity. it is used in alginate water des- sert gels to sequester the calcium, allowing the alginate to solubilize. it is also used in puddings, sauces, and baked goods.

sodium carbonate: Anhydrous sodium carbonate (soda ash, sal soda) is a white powder, which cakes and aggregates on exposure to air due to the formation of hydrates. The monohydrate, Na2CO3·H2O, is a white crystalline material, which is soluble in water and insoluble in alcohol; r.d. 2.532; loses water at 109°C; m.p. 851°C.
The decahydrate, Na2CO3·10H2O (washing soda), is a translucent efÛorescent crystalline solid; r.d. 1.44; loses water at 32–34°C to give the monohydrate; m.p. 851°C.
Sodium carbonate may be manufactured by the Solvay process or by suitable crystallization procedures from any one of a number of natural deposits, such as:
trona (Na2CO3·NaHCO3·2H2O),
natron (Na2CO3·10H2O),
ranksite (2Na2CO3·9Na2SO4·KCl),
pirsonnite (Na2CO3·CaCO3·2H2O),
gaylussite (Na2CO3·CaCO3·5H2O).
The method of extraction is very sensitive to the relative energy costs and transport costs in the region involved. Sodium carbonate is used in photography, in cleaning, in pH control of water, in textile treatment, glasses and glazes, and as a food additive and volumetric reagent.

Sodium carbonate is a water soluble inorganic salt commonly used as a weak base. Its aqueous solution has the ability to uptake carbon dioxide. It can also catalyze the conversion of sewage sludge to liquid fuels.

Buffer component, may be used for the removal of peripheral membrane proteins.

Poison by intraperitoneal route. Moderately toxic by inhalation and subcutaneous routes. Mlldly toxic by ingestion. Experimental reproductive effects. A skin and eye irritant. It migrates to food from packagmg materials. Can react violently with Al, P2O5, H2SO4, F2, Li, 2,4,6-trinitrotoluene. When heated to decomposition it emits toxic fumes of Na2O