Povidone iodine is an unstable complex formed from the complexation of iodine with a surfactant, belonging to a type of topical iodine disinfectant. At room temperature, it is yellow-brown to red-brown amorphous powder which is soluble in water or ethanol but insoluble in ether or chloroform. Thevinyl-2-pyrrolidone homopolymer inside it is a kind of surfactants which can facilitate the wetting and penetration of solution on the object, thereby enhancing the sterilization effect of iodine. Of which 80 to 90% of the binding iodine can be depolymerization into free iodine with a large the concentration and a strong bactericidal capability. It is tasteless, non-irritating, non-allergenic, and of low toxicity. It is a kind of broad-spectrum fungicide which can kill viruses, bacteria, spores, fungi, and protozoa. At a concentration of 15ppm, within 1 minute, it can kill various kinds of bacteria (Staphylococcus aureus, Escherichia coli and Pseudomonas aeruginosa) propagules; it takes a relative long time for it to kill Mycobacterium tuberculosis; killing fungi (B. subtilis) takes 1.5 hours; killing black variant of Bacillus cereus and Bacillus requires higher concentrations and longer time; at a concentration of 150ppm, within 10 minutes, it can destroy the hepatitis B surface antigen (HBsAg). In addition to be applied for the skin disinfection, this product can also be used for disinfecting of metallic medical equipment, utensils and the like. It is usually read or amber in the concentration for disinfection which can not only be directly applied to the skin or meninges of the surgical incision site of a patient, but also used for the in vitro flushing purposes in obstetrics and urology. When its concentration is reduced to below 10ppm, it turns white or pale yellow and loses bactericidal activity.

Povidone iodine is a loose complex formed through the association of elemental iodine with polymer carrier with povidone playing a role of carrier and facilitating solubilization. At room temperature, it is yellow-brown to red-brown amorphous powder. It is slightly odor, easily soluble in water or alcohol with its aqueous solution being acidic; it is also insoluble in ether, chloroform, acetone, ethane and carbon tetrachloride.
The aqueous solution of povidone iodine has no disadvantages of iodine tincture with a light color and being easy to subject to washing. It has a small irritating effect on mucous membrane, and no alcohol deiodination, and free of corrosion effect and has a low toxicity. 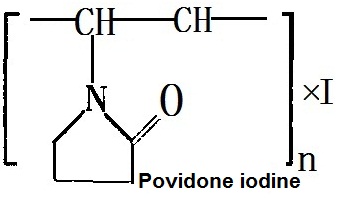 Figure 1: The molecular structure of povidone-iodine.

Povidone iodine is a kind of iodine disinfectant which directly cause in vivo protein denaturation, precipitation of bacteria, and further resulting in the death of pathogenic microorganisms. Therefore, it is effective in disinfection and sterilization. It can kill viruses, bacteria, spores, fungi, and protozoa with low toxicity to human. Povidone-iodine aqueous solution has strong pharmacological activity against Staphylococcus aureus, Neisseria gonorrhoeae, Pseudomonas aeruginosa, syphilis, hepatitis B virus, HIV, and Trichomonas vaginalis.
Povidone iodine gel is a gynecological topical semi-mobile colloidal agent made by povidone iodine and hydrophilic matrix. It is a system for maintaining its sustained release. Owing to the continuous release of free iodine, it can enable the skin and mucous membranes to maintain a certain effective concentration of iodine for killing bacteria. It is mainly used for gynecological vaginal infection. It exerted its effect through being miscible with vaginal secretions and further killing the inside pathogenic microorganisms, and thus blocking the spread of sexually transmitted diseases and invasion, as well as treating other infected vaginal diseases caused by other kinds of bacteria.
The above information is edited by the chemicalbook of Dai Xiongfeng.

Povidone iodine can cause allergic reactions and irritation on the skin and mucous membrane, but is relatively mild compared with the stimulus of iodine. Adverse reactions are rare. But external use for pregnant and lactating women and infants can lead to obvious absorption of iodine which can cause common reactions such as local irritation and burning feeling. Large-scale and long-term application can occasionally cause neutropenia syndrome with severe burning cases can cause metabolic acidosis, liver damage, and contact dermatitis, hypothyroidism and iodine poisoning.

1. Patients being allergic to this good or iodine should be disabled.
2. For patients of non-toxic gum-like thyroid tumor or with burning area higher than 20%, big open wounds, patients treated with lithium and patients with thyroid disease are not recommended for local application or long-term application. Patients of liver dysfunction or burning injury are not recommended to apply. Pregnant women and children (especially newborns) should apply with caution.
3. During the application of povidone iodine, the following physiological parameters should be monitored: protein binding efficiency, renal function, and the electrolyte content. For newborns infant, T4 and TSH need to be measured every 7 to 10 days.

povidone iodine has bactericidal effect like iodine. It can be used as disinfectant and bacteriostatic agent in the medicine for anti-septic purposes for eye drops, nasal drops, and cream agents. It can also be made into disinfectant. povidone iodine is mainly used for the skin disinfection and equipment disinfection in hospital surgery and injections as well as prevention of infection in the field of stomatology, gynecology, surgery, and dermatology; it can also be used for disinfection of household utensils and appliances; for food industry and aquaculture industry, it is used for disinfection and animal disease control. It is the preferred international and domestic choice of medical iodine-contained fungicides and disinfectants for epidemic prevention. povidone iodine is a kind of iodine carrier, the so-called “tamed iodine”. Because this product can gradually release iodine to exert an antibacterial effect; its mechanism of action is through causing the protein denaturation and further death of bacteria. It is effective in treating bacteria, fungi, as well as viruses with a relative small tissue irritation effect.

Povidone iodine is iodophor, used as topical antiseptic in surgery and for skin and mucous membrane infections, also as aerosol. A 10% povidone iodine solution contains 1% available iodine, but free-iodine is at 0.1% concentration. Skin exposure causes irritant rather than allergic contact dermatitis. In such a situation, however, iodine seems to be the true hapten.

Povidone iodine is a complex of iodine with povidone. It occurs as a yellowish brown to reddish brown amorphous powder, having a slight characteristic odour. Its solution is acid to litmus. Soluble in water and in alcohol, practically insoluble in chloroform, in carbon tetrachloride, in ether, in solvent hexane, and in acetone. It is an external antiseptic with a broad microbicidal spectrum against bacteria, fungi, viruses, protozoa, and yeasts. This gel has about 1.0% available iodine.

Povidone iodine (PI) is frequently used during surgical preparation, postoperative wound cleaning and dressing. It was described by Shelaski about seventy years ago (Shelanski and Shelanski, 1956). PI consists of the complex structure of povidone, a polymer that is structurally similar to plasma proteins, and the iodine element, which has antimicrobial properties. The function of polyvinylpyrrolidone (PVP) used as a polymer includes increasing iodine solubility and penetration, decreasing iodine ion concentration and keeping iodine bound. However, PVP does not have antimicrobial properties. Shelanski defined this complex structure as 'iodophor' (Shelanski and Shelanski, 1956).

Polyvinylpyrrolidone-iodine complex is used as a slow iodine release formulation that iodinates lipids and oxidizes cell compounds such as tyrosine side chains. It is utilized to study microbial decontamination of human donor eyes as well as inactivation of infectious hematopoietic necrosis virus. It is also used as a carbon nanotube coating agent to enhance water solubility. It serves as a topical antiseptic in surgery, as an aerosol for skin and mucous membrane infections and is used to prevent infection in wounds.

Povidone iodine is a broad spectrum antiseptic for topical application. It is used in first aid for minor cuts, grazes, burns, abrasions and blisters. Povidone iodine has broad applications in medicine as a surgical scrub; for pre- and post-operative skin cleansing.