Carbon tetrachloride, also known as tetrachloromethane, has its molecule formula being CCl4. It appears as colorless liquid with the melting point of-23 ° C, boiling point of 76.8 ° C and the relative density of 1.5867. It can dissolve grease, paint, resin, rubber and many other substances, being commonly used organic solvent and extractant. It can also be used as dry cleaning agent. However, long-term exposure to carbon tetrachloride will irritate the skin, inhibit the central nervous system and cause damage to the liver and kidney. Therefore, the operator should pay special attention. Carbon tetrachloride is volatile with its vapor being heavier than air, being non-conductive and inflammable. When the carbon tetrachloride is heat to be evaporated to become heavy steam, the gas will cover the combustion products, so that the firing product is isolated from the air and the fire is extinguished. It is especially suitable for extinguishing oil fire and fire near the power. However, carbon tetrachloride, at high temperature (500 ℃ above), can react with water to produce highly toxic phosgene, so we should pay attention to ventilation for extinguishing fire. 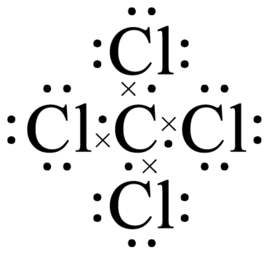 Carbon tetrachloride is a clear, colorless liquid with a distinctive, sweet ether-like odor. It is toxic and forms phosgene, hydrogen chloride, and chlorine when heated. It has a water solubility of 1160 mg/l and is miscible with various organic solvents. It is mildly reactive with lead and copper and can be reduced to chloroform in the presence of zinc and an acid.

Carbon tetrachloride is a manufactured chemical and does not occur naturally in the environment. It is produced by chlorination of a variety of low molecular weight hydrocarbons such as carbon disulfide, methane, ethane, propane, or ethylene dichloride and also by thermal chlorination of methyl chloride. Carbon tetrachloride is a precursor for chlorofluorocarbon (CFC) gases that have been used as aerosol propellant. A decrease in this use is occurring due to the agreement reached in the Montreal Protocol for the reduction of environmental concentrations of ozone-depleting chemicals, including carbon tetrachloride.

Carbon tetrachloride, CC14, also known as tetrachloromethane, perchloro methane, and benzinoform, is a colorless liquid with a boiling point of 77 °C (170 OF). It is used as a solvent for lacquers, resin, and rubbers,and as a dry cleaning agent.

In the manufacture of chlorofluorocarbons, which in turn are primarily used as refrigerants; formerly used widely as a solvent, also as a grain fumigant and in fire extinguishers. Because of toxicity consumer uses have been discontinued and only industrial use remains.

Decades ago, this compound was mixed with ether and sold as Carbona, a dry-cleaning fluid for clothes. It is no longer permissible to sell or buy CCL4 for household use. It is classed as a carcinogen by the U.S. government and is toxic if ingested, inhaled, or absorbed by the skin. Carbon tetrachloride is used to manufacture CFHCs, to fumigate grains to kill insects, and in the production of semiconductors.

Carbon tetrachloride is made by the reaction of carbon disulfide and chlorine in the presence of a catalyst, such as iron or antimony pentachloride:
CS2 + 3Cl2 → CCl4 + S2Cl2
Sulfur chloride is removed by treatment with caustic soda solution. The product is purified by distillation.
Alternatively, CCl4 may be prepared by heating a mixture of chlorine and methane at 250 to 400°C.
CH4 + 4Cl2 → CCl4 + 4HCl

ChEBI: A chlorocarbon that is methane in which all the hydrogens have been replaced by chloro groups.

Carbon tetrachloride appears as a clear colorless liquid with a characteristic odor. Denser than water (13.2 lb / gal) and insoluble in water. Noncombustible. May cause illness by inhalation, skin absorption and/or ingestion. Used as a solvent, in the manufacture of other chemicals, as an agricultural fumigant, and for many other uses.

Carbon tetrachloride is a poison and also a carcinogen. The acute toxicity of this compound in humans is of low order. However, the ingestion of the liquid can be fatal, death resulting from acute liver or kidney necrosis. (Patnaik, P. 1999. A Comprehensive Guide to the Hazardous Properties of Chemical Substances, 2nd ed. New York: John Wiley & Sons.) The acute poisoning effects are headache, dizziness, fatigue, stupor, nausea, vomiting, diarrhea, and liver damage. Chronic exposure can damage both liver and kidney. Carbon tetrachloride also is a suspected human carcinogen. It causes liver and thyroid cancers in experimental animals.

Carbon tetrachloride exhibits low acute tox icity by all routes of exposure. The acute poisoning effects include dizziness, fatigue,headache, nervousness, stupor, nausea, vom iting, diarrhea, renal damage, and liverinjury. The dosages that produce toxic act ions in animals vary with the species. Theoral LD50 values in rats, rabbits, and mice are2800, 5760, and 8263 mg/kg, respectively(NIOSH 1986).
Ingestion of carbon tetrachloride can befatal to humans, death resulting from acuteliver or kidney necrosis. Chronic exposuremay cause liver and kidney damage. Expo sure to a 10-ppm concentration for severalweeks produced accumulation of fat in the liv ers of experimental animals (ACGIH 1986).Substances such as ethanol and barbituratescause potentiation of toxicity of carbon tetra chloride. Skin contact can cause dermatitis.
Azri and coworkers (1990) have investi gated carbon tetrachloride–induced hepato toxicity in rat liver slices. Liver slices frommale rats were incubated and exposed tocarbon tetrachloride vapors, and the degreeof injury to cellular tissue was determined.Covalent binding of CCl4 radical to proteinsand lipid molecules in a slice caused the cel lular injury. The toxicity depended on thevapor concentration and the time of expo sure. Azri and coworkers reported furtherthat rats pretreated with phenobarbital weremore rapidly intoxicated even at a lower con centration of carbon tetrachloride vapors. Onthe other hand, pretreatment with allyliso propylacetamide inhibited the toxicity of car bon tetrachloride.
Carbon tetrachloride is a suspected humancarcinogen. Oral and subcutaneous adminis tration of this compound in rats caused liverand thyroid cancers in the animals.

Carbon tetrachloride is noncombustible. Exposure to fire or high temperatures may lead to formation of phosgene, a highly toxic gas.

Carbon tetrachloride is a clear, heavy liquid with a strong, aromatic odor. Its formula is CC14. It is produced in large quantities for use in the manufacturing of refrigerants and propellants for aerosol cans. It is also used as a feedstock in the synthesis of chlorofluorocarbons and other chemicals, in petroleum refining, pharmaceutical manufacturing, and general solvent use. Until the mid- 1960s, it was also widely used as a cleaning fluid, both in industry, where it served as a degreasing agent, and in the home, where it was used as a spot remover and in fire extinguishers.
Carbon tetrachloride is a highly volatile liquid with a strong etherial odor similar to chloroform. It mixes sparingly with water and is not flammable. When heated to decomposition, it emits highly toxic fumes of phosgene and hydrogen chloride. There is strong evidence that the toxicity of carbon tetrachloride is dramatically increased by its interaction with alcohols, ketones, and a range of other chemicals.
Carbon tetrachloride is known to deplete the ozone layer, where it is responsible for 17% of the ozone-destroying chlorine now in the stratosphere due to human activities. Carbon tetrachloride has a half-life of between 30 and 100 years.Its DOT Label is Poison, and its UN number is 1846.

Carbon tetrachloride, and organochlorine, is used as a solvent for oils, fats, lacquers, varnishes, rubber, waxes, and resins. Fluorocarbons are chemically synthesized from it. It is also used as an azeotropic drying agent for spark plugs; a dry-cleaning agent; a fire extinguishing agent; a fumigant, and an anthelmintic agent. The use of this solvent is widespread, and substitution of less toxic solvents when technically possible is recommended.

Carbon tetrachloride is reasonably anticipated to be a human carcinogen based on sufficient evidence of carcinogenicity from studies in experimental animals.

Carbon tetrachloride is used in fumigant mixtures such as 1,2-dichloroethane (Granosan) because it reduces the fire hazard (Worthing and Hance, 1991).

Carbon tetrachloride should be handled in the laboratory using the "basic prudent practices".

For many purposes, careful fractional distillation gives adequate purification. Carbon disulfide, if present, can be removed by shaking vigorously for several hours with saturated KOH, separating, and washing with water: this treatment is repeated. The CCl4 is shaken with conc H2SO4 until there is no further coloration, then washed with water, dried with CaCl2 or MgSO4 and distilled (from P2O5 if desired). It must not be dried with sodium. An initial refluxing with mercury for 2hours removes sulfides. Other purification steps include passage of dry CCl4 through activated alumina, and distillation from KMnO4. Carbonyl containing impurities can be removed by percolation through a Celite column impregnated with 2,4-dinitrophenylhydrazine (DNPH), H3PO4 and water. (Prepared by dissolving 0.5g DNPH in 6mL of 85% H3PO4 by grinding together, then mixing with 4mL of distilled water and 10g Celite.) [Schwartz & Parks Anal Chem 33 1396 1961]. Photochlorination of CCl4 has also been used: CCl4 to which a small amount of chlorine has been added is illuminated in a glass bottle (e.g. for 24hours with a 200W tungsten lamp near it), and, after washing out the excess chlorine with 0.02M Na2SO3, the CCl4 is washed with distilled water and distilled from P2O5. It can be dried by passing through 4A molecular sieves and distilled. Another purification procedure is to wash CCl4 with aqueous NaOH, then repeatedly with water and N2 gas is bubbled through the liquid for several hours. After drying over CaCl2 it is percolated through silica gel and distilled under dry N2 before use [Klassen & Ross J Phys Chem 91 3664 1987]. [Beilstein 1 IV 56.]

Most of the carbon tetrachloride produced is released to the atmosphere. In the atmosphere, photodegradation by shorter wavelength ultraviolet radiation appears to be the primary removal process although it is very stable in the environment remaining in the air for several years before breaking down, so a significant global transport is expected. The estimated half-life of atmospheric carbon tetrachloride is 30–100 years. Small amounts can be released to the water but due to the relatively high rate of volatilization from water, carbon tetrachloride tends to evaporate in a short time. It is stable to hydrolysis in water. Most of the amount released to soil evaporates rapidly due to its high vapor pressure but a small proportion could remain associated to the soil organic matter. Carbon tetrachloride is mobile in most soils depending on the organic carbon content and can reach groundwater where it remains for long periods before it is broken down to other chemicals.

Incineration, preferably after mixing with another combustible fuel; care must be exercised to assure complete combustion to prevent the formation of phosgene; an acid scrubber is necessary to remove the halo acids produced. Recover and purify by distillation where possible.