Chemical formula is NaNO2, in which N has a valency is + III.It is colorless or yellow crystal, the relative density is 2.168 (0℃), the melting point is 271℃, and it is decomposed when 320℃. It is soluble in water, and aqueous solution is alkaline because of nitrate hydrolysis. Sodium nitrite has the characteristics of reduction and oxidation and is mainly oxidation. In acidic solution, the main performance is oxidation. In alkaline solution or in case of strong oxidizing agent, its performance is reduction. With sulfur, phosphorus, organic matter and other friction or impact can cause combustion or explosion. Sodium nitrite can be placed in the air with the oxygen reaction, and gradually produce sodium nitrate: NaNO2+1/2O2=NaNO3.
When using strong acidic sodium nitrite, it can be nitrited to nitric acid. Nitrite is very unstable, easily decomposed into nitrogen dioxide, nitric oxide and water. The nitrogen atoms and oxygen atoms all have a single pair of electrons, which can be used as ligands, and can be used as ligands to form complexes with many metal ions. Sodium nitrite is toxic, carcinogenic substances, using it must be attention. It is used in printing and dyeing industry and organic synthesis. Sodium nitrite is obtained by the reaction of sodium nitrate and lead in a total of hot condtion.
NaNO3+Pb=NaNO2+PbO.
The reaction mixture obtained by hot water treatment, filtration to remove insoluble lead oxide, concentration and crystallization of sodium nitrite crystal can be obtained. 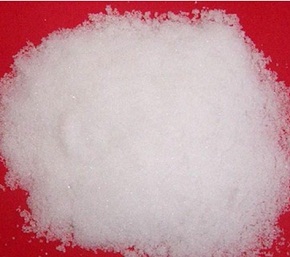 Sodium nitrite is an inorganic compound with the chemical formula NaNO2. It is white or yellow patch on the orthorhombic crystal or powder. Micro salty and deliquescent. It is soluble in water and liquid ammonia, its aqueous solution is alkaline.
It is also found at low concentrations in most vegetables. Spinach and lettuce can have some of the highest concentrations but all vegetables will contain some levels of sodium nitrite. It has been explored in human and veterinary medicines as a vasodilator, reducing blood pressure, and is also used as an antidote for cyanide poisoning.

Sodium nitrite is a commonly used meat preservative, particularly in cured meats such as ham, hot dogs, sausages, and bacon. The nitrite ion inhibits the growth of bacteria, particularly Clostridium botulinum, an organism that produces the deadly botulism toxin. Sodium nitrite is also used to treat packages of red meat, such as beef. Blood exposed to the air rapidly produces a brown color, but shoppers much prefer their meat purchases to look bright red.Thus,the meat is treated with sodium nitrite; the nitrite ion is reduced to nitrogen monoxide, which then reacts with the hemoglobin to form a very stable bright red compound.It is true that the nitrite will prevent bacterial growth in this circumstance as well, but these days, the meat is kept at temperatures low enough to inhibit bacteria.To persuade shoppers to prefer brownish rather than red meat will require a lot of re-education. Now that all meats are treated with sodium nitrite, there is concern that the cooking process will cause the nitrite ion to react with amines in the meat to produce nitrosamines,compounds containing the -NNO functional group. These compounds are known to be carcinogenic.However, as long as preserved meats are consumed in moderation, it is generally believed that the cancer risk is minimal.

Due to the oxidizing property of sodium nitrite, ingestion of the substance can induce methemoglobinemia as quickly as one hour after ingestion. Methemoglobinemia occurs when the iron contained within hemoglobin is oxidized from its ferrous state (HgbFe2+) to its ferric state (HgbFe3+). When hemoglobin is in its ferric state, it is called methemoglobin and it is unable to act as a carrier to deliver oxygen to tissues. Symptoms of methemoglobinemia can include cyanosis and low SpO2 in the absence of respiratory distress, dizziness, syncope, dyspnea, fatigue, CNS depression, seizures, dysrhythmias, metabolic acidosis, cardiovascular collapse and death. Generally symptoms start to occur with methemoglobin levels > 15%. Sodium nitrite has a reported elimination half-life between 30-45 minutes when ingested or injected so does not tend to cause prolonged methemoglobinemia like that which is seen with dapsone.
https://med.virginia.edu

Sodium nitrite may be prepared by the thermal decomposition of sodium nitrate, but the reduction of nitrate is usually effected by stirring lead parings or copper filings into the molten salt:
NaNO3+ Pb →PbO + NaNO2
After cooling, the mass is extracted with hot water,filtered and sodium nitrite crystallized after evaporation to small bulk.
Industrially，sodium nitrite is formed by the action of nitrogen oxide (nitric oxide) and nitrogen dioxide together, obtained by the catalytic oxidation of ammonia, on sodium hydroxide or sodium carbonate solutions:
NO+NO2+2OH- →2NO2-+ HO

Sodium nitrite is similar in name and use to sodium nitrate. Both are preservatives used in processed meats, such as salami, hot dogs, and bacon. Sodium nitrite has been synthesized by several chemical reactions that involve the reduction of sodium nitrate. Industrial production of sodium nitrite is primarily by the absorption of nitrogen oxides into aqueous sodium carbonate or sodium hydroxide. Over the years, sodium nitrite has raised some concerns about its safety in foods, but it remains in use and there are indications that it may actually be healthy. Sodium nitrite was developed during the 1960s. In 1977, the US Department of Agriculture (USDA) considered banning it but the USDA’s final ruling on the additive came out in 1984, allowing its use. Studies in the 1990s indicated some adverse effects of sodium nitrite, for instance the potential to cause childhood leukemia and brain cancers. In the late 1990s, the National Toxicity Program (NTP) began a review of sodium nitrite and proposed listing sodium nitrite as a developmental and reproductive toxicant, but a report in 2000 by NTP proposed that sodium nitrite is not a toxic substance and removed it from the list of developmental and reproductive toxicants. It is now believed that it can help with organ transplants and leg vascular problems, while preventing heart attacks and sickle cell disease.

Sodium nitrite, NaN02, is a fire-hazardous, air-sensitive, yellowish white powder that is soluble in water and decomposes at temperatures above 320°C (608 °F). Sodium nitrite is used as an intermediate for dye stuffs and for pickling of meat, in dyeing of textiles, in rustproofing, in medicine, and as a reagent in organic chemistry.

Sodium nitrite is a myeloperoxidase inhibitor with IC50 of 1.3 μM

manufacture of diazo dyes, nitroso Compounds, and in many other processes of manufacture of organic chemicals; dyeing and printing textile fabrics; bleaching flax, silk, and linen; photography. In meat curing, coloring and preserving; in processing smoked chub. Also as reagent In animal chemistry.

Sodium Nitrite is the salt of nitrous acid that functions as an anti- microbial agent and preservative. it is a slightly yellow granular powder or nearly white, opaque mass or sticks. it is deliquescent in air. it has a solubility of 1 g in 1.5 ml of water. it is used in meat cur- ing for color fixation and development of flavor. see nitrite.

ChEBI: An inorganic sodium salt having nitrite as the counterion. Used as a food preservative and antidote to cyanide poisoning.

sodium nitrite: A yellow hygroscopiccrystalline compound, NaNO2,soluble in water, slightly soluble inether and in ethanol; rhombohedral;r.d. 2.17; m.p. 271°C; decomposesabove 320°C. It is formed by the thermal decomposition of sodium nitrateand is used in the preparation of nitrousacid (reaction with cold dilutehydrochloric acid). Sodium nitrite isused in organic diazotization and asa corrosion inhibitor.

Sodium nitrite, yellowish-white solid, soluble, formed (1) by reaction of nitric oxide plus nitrogen dioxide and sodium carbonate or hydroxide, and then evaporating, (2) by heating sodium nitrate and lead to a high temperature, and then extracting the soluble portion (lead monoxide insoluble) with H2O and evaporating. Used as an important reagent (diazotizing) in organic chemistry.

Sodium nitrite is an oxidizing agent. Mixtures with phosphorus, tin(II) chloride or other reducing agents may react explosively [Bretherick 1979 p. 108-109]. If contaminated by ammonium compounds, spontaneous decomposition can occur and resulting heat may ignite surrounding combustible material. Reacts with acids to form toxic nitrogen dioxide gas. Mixing with liquid ammonia forms dipotassium nitrite, which is very reactive and easily explosive [Mellor 2, Supp. 3:1566 1963]. Melting together wilh an ammonium salt leads to a violent explosion [Von Schwartz 1918 p. 299]. A mixture with potassium cyanide may cause an explosion. Noncombustible but accelerates the burning of all combustible material. If large quantities are involved in fire or if the combustible material is finely divided, an explosion may result. When a little ammonium sulfate is added to fused potassium nitrite, a vigorous reaction occurs attended by flame [Mellor 2:702. 1946-47].

Dangerous fire and explosion risk when heated to 537C (1000F) or in contact with reducing materials; a strong oxidizing agent. Carcinogen in test animals; its use in curing fish and meat products is restricted to 100 ppm.

Routes and Pathways, and Relevant Physicochemical Properties
Sodium nitrite is a strong oxidizing agent at high temperature and also is a strong supporter of combustion. It is freely soluble in water (very soluble in water (80%) at 20 °C), and slightly soluble in ethanol (0.3%) and methanol (0.45%). Partition coefficient in octanol–water and log Pow is equal to -3.7. Vapor pressure is 9.9E-17 hPa (7.44E-17mmHg). Sodium nitrite may explode on heating above 530 °C, is not combustible but enhances combustion of other substances, and gives irritating or toxic fumes (or gases) in a fire. Furthermore, based on the estimated Henry’s law constant at 25 °C ＝2.06E-07 atm-m3 mol-1 for sodium nitrite, volatilization from water and moist soil surface is not plausible.
Partition Behavior in Water, Sediment, and Soil
This substance dissociates immediately into sodium and nitrite ions in water. Concentrations of nitrate in rainwater of up to 5mg l-1 have been observed in industrial areas.
Environmental Persistency
In the air, the vapor phase of norethisterone can be degraded by reaction with photochemically produced hydroxyl radicals with an estimated half-life of 1.1 h, while the particulate phase can be removed by wet or dry deposition. Norethisterone is likely susceptible to photolysis by sunlight because of posing chromophores that absorb at wavelengths more than 290 nm. Hydrolysis of norethisterone is not anticipated under environmental condition because it lacks a functional group to hydrolyze.
Indirect photo oxidation by hydroxy radicals (1500 000 molecules cm-3) is predicted to occur with a half-life estimated at 82.3 days.

Nitrite in blood is highly reactive with hemoglobin and causes methemoglobinemia. The oxygen-carrying capacity of methemoglobin is much less than that of hemoglobin. Human is more sensitive than rat in this respect. So, the primary acute toxic effects of sodium nitrite in animals results from methemoglobinemia. The secondary toxic effects of acute sodium nitrite in animals result in vasodilatation, relaxation of smooth muscle, and lowering of blood pressure. In humans, sodium nitrite causes smooth muscle relaxation, methemoglobinemia, and cyanosis. Also in humans, nitrosating agents (e.g., nitrous acid and nitrous anhydride that produced from nitrite under acidic gastric conditions) react with amines or amides to form nitrosamines or nitrosamides, and the induction of tumors in animals via endogenous synthesis of N-nitroso compounds in the absence of inhibitors of nitrosation such as vitamin C. Nitrosamines need to be activated metabolically by cytochrome P450 enzymes to electrophilic intermediates to exert a carcinogenic effect. Nitrosation of primary amines produces electrophiles that alkylate nucleophilic sites in DNA. Nitrosation of primary exocyclic amino groups on DNA, followed by deamination, may lead directly to mutations.