Maleic Anhydride (MAN) is an organic compound with the chemical formula C4H203. It is the acid anhydride of maleic acid and in its pure state it is a colourless or white solid with an acrid odour. Maleic anhydride is truly a remarkable molecule in that it possesses two types of chemical functionality making it uniquely useful in chemical synthesis and applications. 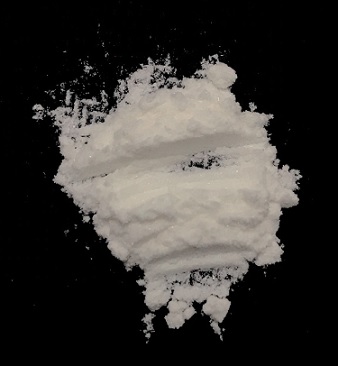 Maleic Anhydride is a multifunctional chemical intermediate with applications in several fields of chemical industry. Its major end use is as feedstock in the production of unsaturated polyester resins (UPR).
These resins are used both in glass-reinforced and in unreinforced applications. The UPR end uses includes a wide range of applications in construction, marine and automobile industries.
In addition, Maleic Anhydride can also be used as raw material in the production of 1,4-butanediol (BDO), gamma- butyrolactone and tetrahydrofuran (THF). It is important to highlight that BDO is one of the world's fastest growing chemicals in the last years.

In the manufacture of polyester resins, fumaric acid, agricultural pesticides, and alkyl resins

Maleic Anhydride is heterocyclic compound used in the manufacture of unsaturated polyester resins. Maleic Anhydride has a wide range of other applications; it is used in synthetic tensides, insecticides, herbicides and fungicides.

To a flask equipped with a Dean-Stark trap, condenser, and mechanical stirrer is added 116 gm (1.0 mole) of maleic acid and 120 ml of tetrachloroethane. The contents are heated, the water (18 ml, 1.0 mole) distilled off as the azeotrope, and the residue distilled under reduced pressure to afford 87.7 gm (89.5%) of the anhydride, b.p. 82-84°C (15 mm), m.p. 53°C. The residue remaining in the flask consists of about 10 gm of fumaric acid, m.p. 287°C.
Fumaric and maleic acids both give maleic anhydride on heating. Fumaric acid must first be heated to a higher temperature to effect its conversion to maleic acid prior to its dehydration.

Maleic anhydride was traditionally manufactured by the oxidation of benzene or other aromatic compounds. As of 2006, only a few smaller plants continue to use benzene; due to rising benzene prices, most maleic anhydride plants now use n-butane as a feedstock.
In both cases, benzene and butane are fed into a stream of hot air, and the mixture is passed through a catalyst bed at high temperature. The ratio of air to hydrocarbon is controlled to prevent the mixture from catching on fire. Vanadium pentoxide and molybdenum trioxide are the catalysts used for the benzene route, whereas vanadium and phosphorus oxides are used for the butane route.
2 CH3CH2CH2CH3 + 7 O2 → 2 C2H2(CO)2O + 8 H2O.

The chemistry of maleic anhydride is very rich, reflecting its ready availability and bifunctional reactivity. It hydrolyzes, producing maleic acid, cis-HOOC–CH=CH–COOH. With alcohols, the halfester is generated, e.g., cis-HOOC–CH=CH–COOCH3.
Maleic anhydride is a potent dienophile in Diels-Alder reactions. It is also a ligand for low-valent metal complexes, examples being Pt(PPh3)2(MA) and Fe(CO)4(MA).
Maleic anhydride dimerizes in a photochemical reaction to form cyclo butane tetra carboxylic dianhydride (CBTA). This compound is used in the production of polyimides and as an alignment film for liquid crystal displays.

Colorless crystalline needles, flakes, pellets, rods, briquettes, lumps or a fused mass. Melts at 113°F. Shipped both as a solid and in the molten state. Vapors, fumes and dusts strong irritate the eyes, skin and mucous membranes. Flash point 218°F. Autoignition temperature 890°F. Used to make paints and plastics and other chemicals.

Soluble in water. Reacts slowly with water to form maleic acid and heat.

Behavior in Fire: When heated above 300°F in the presence of various materials may generate heat and carbon dioxide. Will explode if confined.

Maleic anhydride was described as having anticarcinogenic properties, and some of the maleic copolymers can have biologic activity by themselves, especially antitumor activity. Information related to this compound is contradictory. Chromosomal aberrations in cultured hamster cells but no mutagenicity in in vitro tests in bacteria have been reported. No effects on cholinesterase activity have been described after exposure to maleic anhydride.